A tangled and excrementitious tale of how Pepsi Cola prophesied its invention, in the 1890s, through the writing of Milton’s Paradise Lost, during the 1660s.  Discover how the bowel movements of the unfortunate poet augur the unleashing of fizzing beverage from the great internal fountains of the earth.

Traced via the occultural story of cola’s secret alchemical provenance, and imbricated with awareness of the fundamental dynamics of techonomic capitalisation, the entwined history of sugar and fizzy drinks here dovetails into the obscurities of Reformation theology and its complete re-invention of Time itself.

Throughout, we discover how the act of creation itself is a bowel movement.

Many believe Milton’s heterodoxy lies in making Satan the protagonist of his poem… This is only the beginning.

Experiments in the Summoning of an AxSys Demon 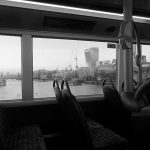 Synthetic Fabrication: The Myth of the Politics-to-Come

Synthetic Fabrication:
The Myth of the Politics-to-Come

The Revolving Door and The Straight Labyrinth: An Initiation in Occult Time

‘And we shall reign on the internet.’ The arcane art of technomystical stratification.